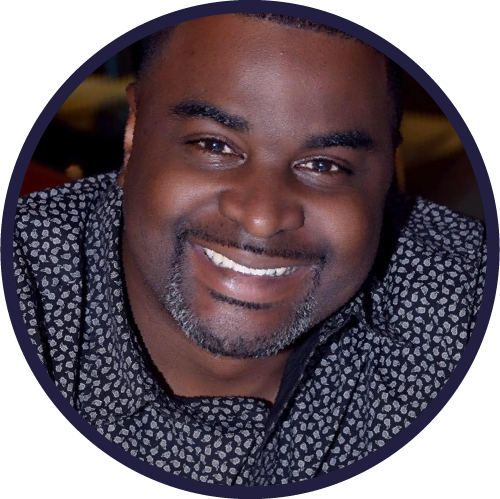 Shawn Downey is a worship leader, vocal director, multi-instrumentalist, and producer from North Preston, Nova Scotia. He is currently the music minister at East Preston United Baptist Church and a former music minister of Saint Thomas Baptist Church in North Preston. Since January 2019, Shawn has served as Musical Director for the Nova Scotia Mass Choir.
Shawn lives and breathes music—an accomplished musician with professional experience on bass guitar, keyboards/piano, and drums. Shawn has a proven record of skillfully directing bands, musical shows, choir events and programs. While serving at Saint Thomas Baptist Church, Shawn co-produced a CD with the Hallelujah Praise Choir titled: “For You I Am Praying” – which won an ECMA (Gospel Group of the Year) in 2004.
Shawn’s musical career has also included collaboration and performing with such artists as: Gary Beals, Woody Woods, Owen Lee, The Gospel Heirs, Sanctified Brothers, Carson Downey Band, and Shane Dunn, to name a few.
Since 2013, Shawn has been the Owner/Producer of Sharp #5 Productions where he does everything from musical arrangements to mixing and mastering.
In 2017, Shawn was presented with the prestigious ANSMA Industry Award for his well-deserved accomplishments in the music industry.

Oasis is the annual gathering of the Canadian Baptists of Atlantic Canada. In 2022 we are gathering on August 11-13 at Acadia University.